The Outside Just Outside Your Door – DC Metro Edition

Whether you live right in the beating heart of Washington, DC or somewhere in the sprawling suburbs of Virginia and Maryland that surround the nation’s capital, you’re not far away from some outdoorsy recreation. You won’t have to travel far to explore iconic monuments in the fresh air, go for a hike in one of the country’s most beautiful national parks, or encounter new flowers and classic blooms in breathtaking gardens. We’ve compiled a guide to some of the best outdoor activities in the Mid-Atlantic, so put these on your to-do list for the next sunny afternoon you have free:

The National Mall has been around almost as long as the nation itself. It’s home to some of the United States’ most significant icons, from the Washington Monument to the Lincoln Memorial. Meandering around the National Mall and Memorial Parks is a handy way to get some exercise, enjoy the sunshine, and beef up on your national history all at once. Pay homage to an important forefather at the Thomas Jefferson Memorial, celebrate the Civil Rights Movement at the Martin Luther King, Jr. Memorial, or salute fallen soldiers at the Vietnam Veterans Memorial or World War II Memorial.

More than 10,000 years ago, the only people who enjoyed the rugged terrain of Great Falls
Park were Native American tribes. But when English settlers came to America in 1649, they claimed some of it for themselves. Over the next three centuries, Great Falls served as everything from an amusement park to the site of winding canals. Finally in the 1960s, the sprawling tract of land became a national park. Today, you can come to gape at the majestic waterfall for which Great Falls is named, embark on a hike amid the picturesque scenery, or pitch a tent for the weekend and camp out.

The United States Botanic Garden was born of an idea hatched by the nation’s first president more than 200 years ago. George Washington’s vision of the country’s capital included a massive garden that emphasized the importance of its native plants. Today, you can explore the culmination of his idea, which actually came to be in 1820. Stop and smell the blossoms in the Rose Garden, which features a wide variety of flowers cultivated using organic growing techniques. Check out plants you might not have the chance to see again at the Rare and Endangered Plants Gallery, such as the scarlet Christmas heliconia or the yellow coneflower. Or enjoy the show at the Fountain of Light and Water in Bartholdi Park, which is set aglow by colorful bulbs each night.

Less than 80 miles south of D.C., Shenandoah National Park boasts 200,00 acres of untamed Virginia wilderness for adventurers to investigate. The park wasn’t discovered by humans until 300 years ago, but the rocks lodged in its mountains date back many millennia. Experience the rich natural history of your area on a hike up Stony Man or Hawksbill mountains, which rise more than 4,000 feet into the sky. Along the way, weave through hardwood forests, hop over gurgling streams, and observe deer and other native wildlife. 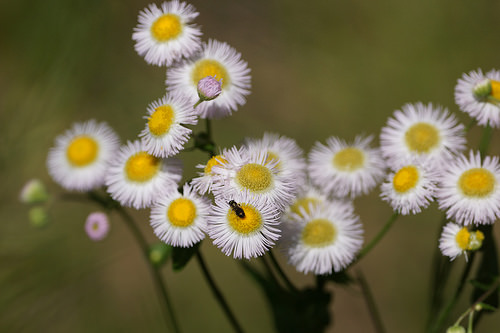 « How to Save on Your Energy Bill Without Impacting Comfort

The Outside Just Outside Your Door – New York Edition »